In this blog, we will discuss some of the (in our opinion) top 5 quality management system-related failures. These failures had massive consequences, including loss of life and financial impact, for the companies and organisations involved. Hopefully, by the end of the blog, you should also have a good understanding of why having a quality management system in place and adhering to its processes is really important. 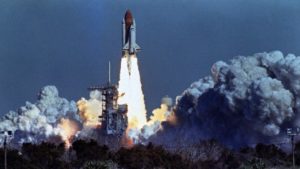 On January 28th 1986, one of the most devastating days in the history of space exploration occurred.

The Space Shuttle disaster happened when the Challenger Shuttle exploded just 73 seconds after lift-off killing all seven crew members aboard. However, it is possible this may have been avoided as a group of engineers from a NASA contractor Morton Thiokol attempted to delay the space mission.

‘O’ rings and that this could risk the life of every crewmember on the Space Shuttle Challenger. NASA declined the engineer’s best efforts to make changes and halt the mission as they did not want any more delays of the launch. This unfortunately led to the deaths of the seven crew members it also cost the US nation $3.2 billion. 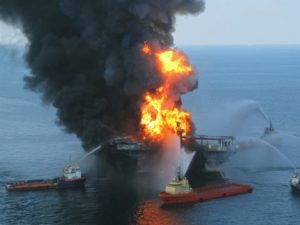 On April 20th 2010, the Deepwater Horizon drilling rig explosion occurred, leading to the largest environmental disaster in US history resulting in 11 deaths and 17 non-fatal injuries.

The cause of the explosion was ultimately the poor design and safety protocols on the rig: they failed to adequately cement the base of the Diagram of the 18,000-deep well that was supposed to contain oil and gas and then several systems that were meant to contain/suppress the resulting pressures and explosions also failed.

One of the men trapped on the rig after a series of explosions was Mike Williams, chief electronics technician, who had to leap almost ten stories into the Gulf of Mexico and was unsure if he would survive.

Luckily he was evacuated to the safety of a nearby Coast Guard helicopter and would live to tell the events later. Most recently, in 2016, Director Peter Berg directed the film the Deepwater Horizon true story of the tragic event that showed Mark Wahlberg acting as Mike Williams and the Deepwater Horizon.

As the Deepwater Horizon could have been avoided this makes our top 5 quality management system failures. 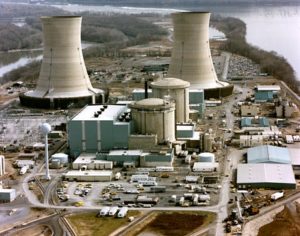 On March 28th, 1979, the Three Mile Island nuclear power plant suffered from Further information about the cooling malfunction accident that caused the temperature of the coolant to rise substantially.

Due to the high temperatures, the reactor shut down in an attempt to relieve the pressure in the pilot-operated relief valve. After the pressure fell, it should have been closed after 10 seconds but failed and began to leak reactor coolant water to the reactor coolant drain tank. Next, the cooling water drained out of the broken pressure valve, and the emergency cooling pumps automatically went into operation.

The emergency cooling pumps would have stopped a larger crisis, but the nuclear power plant workers lacked the training for such an event and made the disaster worse. The Three Mile Island incident may have been avoided if the quality had been taken seriously by developing controls that provided better safety controls.

The Three Mile Island cooling malfunction accident may have resulted in no deaths or injuries but still makes our list of the top 5 quality management system failures as it was the most serious malfunction in US nuclear power plant history.

TOYOTA’S Recall of vehicles due to unintended acceleration 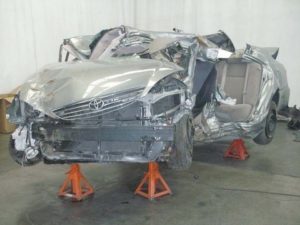 In 2009, Toyota issued an emergency recall of 9 million vehicles after the vehicles were experiencing unintended acceleration that cost the lives of 52 people and injured a further 38.

After recalling the vehicles, it would take some time to find the reason why the Toyota cars would accelerate and not stop after some reports stated that even after applying the handbrake, the car would continue.

Two years later, on February 8th, 2011, the National Highway Traffic Safety Administration Website Home Page (NHTSA) and NASA concluded their findings after investigating for 10 months and reporting that there were no electronic defects found anywhere in the Toyota vehicles.

Both eventually agreed that the unintended acceleration was because of driver errors and applying the wrong pedals and was no fault of Toyota.

However, on October 24th, 2013, in court, the jury discovered that the Unintended acceleration found in Toyota deficiencies in the Electronic Throttle System (ETCS).

As a result of Toyota being shown to be responsible for the problem, they were forced to pay settlements and had a financial loss of $5.5 billion. Therefore Toyota’s Recall of vehicles due to unintended acceleration features is on our list of the top 5 quality management system failures. 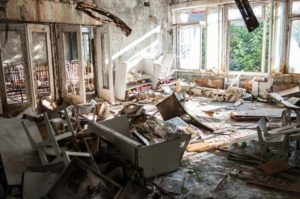 The Chernobyl disaster was a nuclear disaster that happened on the 26th of April 1986 in the former Soviet Union. It was a result of the Chernobyl flawed reactor design that was operated with inadequately trained staff.

The Chernobyl power station explosion affected much of the surrounding settlements in Ukraine and most famously Pripyat. Pripyat is widely recognised today because of the eerie imagery of the TripAdvisor reviews for Pripyat amusement park and its renowned abandoned Ferris wheel and bumper cars attractions.

The failure happened during a range of tests on reactor 4 carried out by the sleep-deprived staff during routine maintenance. They wanted to test new voltage regulators to see if they could improve the length of time the turbines could continue working in the event that power was lost. However, the automatic reactor shutdown systems were disabled in order to run the test.

Unfortunately, this, along with the poor design of the reactor, led to several power surges inside the reactor that led to a chain reaction of explosions that exposed the radioactive material that spewed into the atmosphere.

Arguably one of the worst nuclear power plant disasters had to feature on our top 5 quality management system failures.

This demonstrates the benefit to every business of a well-maintained and implemented quality management system from anything such as improving your product quality, increasing efficiency in production, maintaining safety and in the most extreme cases saving lives. All of these benefits can also help to increase the profitability of work activities.

How can we help your business thrive with a Quality Management System?

All medical device manufacturers or ‘Virtual manufacturing of medical devices’ (Own Brand Labelling) are now required, under the Medical Device Regulation (MDR) and In Vitro Diagnostic Regulation (IVDR) services, to have a Quality Management Service in place. This is usually in the form of applying ISO 13485:2016 service, which needs to be certified by an accredited certification body.

Once the Quality System is in place, it must be managed and maintained by a quality service representative who can carry out annual audits. Employing a representative to carry out the quality management service for you can be expensive, and for small companies, it’s unlikely to warrant a full-time position.

This can be subcontracted to a 3rd party on the basis of a consultant managing the system for the company on a few days per month basis. We would be happy to discuss this option with you, helping to keep your ongoing costs to a minimum.

If you would like to know more about our quality management service, then please contact us for further information.